With the rapid development of modern industry that requires increased productivity, the application of other technologies to the line with the robot is indispensable in that computer vision is a growing array of “eye”for the robot to perform the task. Currently bin-picking is divided into two small arrays, 2D and 3D: 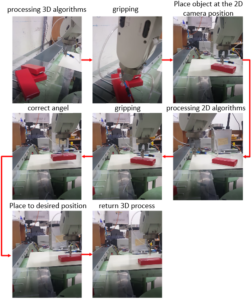